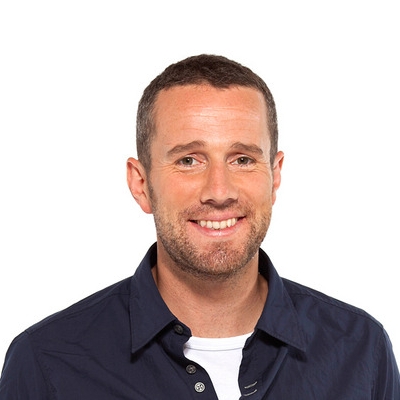 Max Rushden, presenter of Sky’s SoccerAM, joins me for a chat about Peterborough’s lamp-posts, Mr T. and the importance of buttons; oh, and a bit of football too…

Henry: How’s the football season kicked off do you think?

Max: Well, Cambridge United are top of the Conference, My own team Polytechnic 6th won the first game of the season on Saturday, and Spurs (my big team who win things – my Dad’s fault) are looking good.  And England are going to win the world cup in 2022.  So it’s all started brilliantly.

Henry: Has international football lost its appeal to players when put next to their club interests?

Max: That’s a serious football question.  You know, I think us fans sometimes forget that the magic of playing for England is maybe less exciting if you actually play for England – does that make any sense?!?  I can’t imagine anything better – but if I played football every day and did that all year, and then instead of a holiday in the summer I had to go somewhere else and play more football – then maybe I’d be less excited about it.  And the clubs pay the wages.  But England fans forget that other countries play football.  We don’t have a divine right to qualify or win anything.  But we could win it one day – and I would love to fill in my World Cup Wall chart and put England in the winners section.

Henry: That’s enough of me pretending to know anything about football… You’ve worked for local radio and tv – what was the toughest gig they ever sent you on?

Max: Peterborough’s oldest Lamp post.  I didn’t have anyone to interview.  And it didn’t look any different to any of the other lampposts.  That was a fascinating 5 minutes.

Henry: You’ve had some illustrious guests on SoccerAM, who was your favourite?

Henry: Who was your hero when you were growing up?

Henry: According to your website Paul Ross is your nemesis; any imminent plans to take him down or are you playing the long game?

Max: I am currently not planning to assassinate any minor celebrities.

Henry: Your website also says that you’ve never met Sir David Attenborough, haven’t you ever invited him on the show?

Henry: If you’re getting dressed up what do you like from a shirt?

Max: Ummm…buttons, a collar that is THE SAME COLOUR AS THE SHIRT…

Henry: Booted and suited at a swanky gala dinner or down the pub with a few beers?

Max: C) on the sofa with the girlfriend watching the Great British Bake Off.

What a charmer! Thanks, Max. 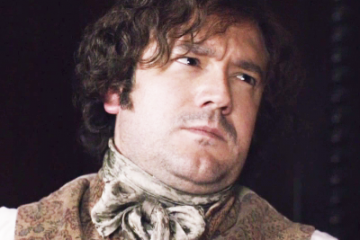